5 Smartphones Set To Launch in July 2020

Hello Folks! Smartphone markets have been on a roll and we are seeing at least 5-6 smartphones launching every month with amazing specs and at a reasonable price point. Last month we saw a good number of smartphones coming out and the most notable mentions could be Motorola One Fusion+, POCO X2, Samsung Galaxy A31, and so on.

We have collated a list of 5 most-awaited smartphones of July 2020. So, what are we waiting for, lets dive-in into the list and find the one for you?

Asus shocked the world with its first-ever gaming smartphone around two years back, and it was epic. No, we mean it, it was one of the most anticipated smartphones. It came with dedicated gaming modules, dedicated buttons for games like PUBG, and also other gaming-only accessories. It also had a powerful processor. Imagine the power Asus ROG Phone 3 might bring to the table if it was so much exceptional two years ago when it was first launched.

OnePlus had recently launched the One Plus 8, 8 Pro, and so on as their flagship smartphones. But now One Plus has moved towards the mid-range market and make it a priority. There is a very little group of people who actually remember the amazing One Plus X smartphone launched after One Plus 3, and that was a good piece. Now, One Plus Nord is going to be the mid-ranger as per One Plus and we are yet to get the detailed know-how of the device which we should get in the launch event of One Plus Nord.

Samsung has played a wild card with their M series and A series smartphone as mid-ranger and entry-level smartphones. The best part is unlike the older Samsung smartphones in the similar price range, these phones have been making rounds in the market for a while. From Samsung Galaxy A31, A51, to M11, M30s and so many more. Samsung Galaxy M10s does not have any confirmed launch date but it is speculated to launch in July.

Vivo X50 series is another most awaited phone that was launched today. It has a X50, X50 Pro, and X50 Pro+. These are a few amazing smartphones right now in the market. Now we all know that Vivo has been the first to launch innovative features. Be it a truly full-screen display without notches, a in-screen fingerprint sensor, or a pop-up camera. This time, it has introduced a new smartphone camera tech called the gimble camera. It helps you in stabilizing your videos and audios in a way that no other smartphone can do without EIS or OIS.

Realme has launched several phones by now and most of them fall in the entry-level and budget category. Realme has emerged as a winner in a very short span. Be it the Narzo 10 A, Realme 6, or Realme X3 Superzoon, all of them have been standing out in the competition. Realme C11 will be an interesting competitor for most brands in the entry-level price range.

Each of these phones has a brand name that has been doing amazing in the market. There are so many great options coming out in July. So, which one is your pick for the month of July. Let us know in the comments below, what do you think about these smartphones. 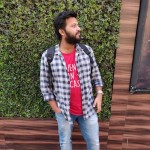